Sleep Apnea 101: What Should You Know About This Condition?

No matter how healthy a person is, you can expect them to have lacked the strength to do their daily routine without enough sleep. Thus, every country has declared standard working hours for full-time employees to guarantee that everyone would have enough energy for the next day. The only problem, however, is that not everyone can have a good night’s sleep even if they want to. According to local studies, 15% of locals suffer from sleep apnea in Singapore and often find themselves feeling sleepy during the daytime.

If you are not familiar with sleep apnea but wondering whether or not you have this condition, keep reading this article. In the following chapters, you will learn the three different types of sleep apnea, who are at risk, and when people with sleep apnea should seek help from an ENT doctor in Singapore.

Part I: What Is Sleep Apnea?

When someone has sleep apnea, their breathing repeatedly stops and resumes while they are asleep. Because it only occurs while a person is sleeping, it is sometimes known as a sleeping disorder.

Even though sleep apnea seems like a harmless medical condition, it can pose serious health problems such as high blood pressure if left untreated. You should know that sleep apnea is unlike regular snoring due to various factors.

Before discussing those factors, here are the different types of sleep apnea.

Nevertheless, obstructive sleep apnea happens when the muscles behind the throat become too relaxed that blocking the airway.

Part II: What Are the Symptoms of Sleep Apnea?

Like other conditions and diseases, sleep apnea also has symptoms, which refer to the signs or manifestations of whether or not you have sleep apnea. You will know if you already have developed sleep apnea in Singapore if you suffer from the following symptoms.

If you can relate to all of these symptoms, there is a high chance you are suffering from sleep apnea. Consider seeing an ENT doctor from Mount Elizabeth or other places to confirm your hunch.

Part III: Who Are More At Risk Of Developing Sleep Apnea?

Since sleep apnea is more common than you think, you most likely have no idea whether or not you are at risk of developing one in your life. Knowing the risk factors will help you determine the answer and distinguish how different sleep apnea is compared to regular snoring. 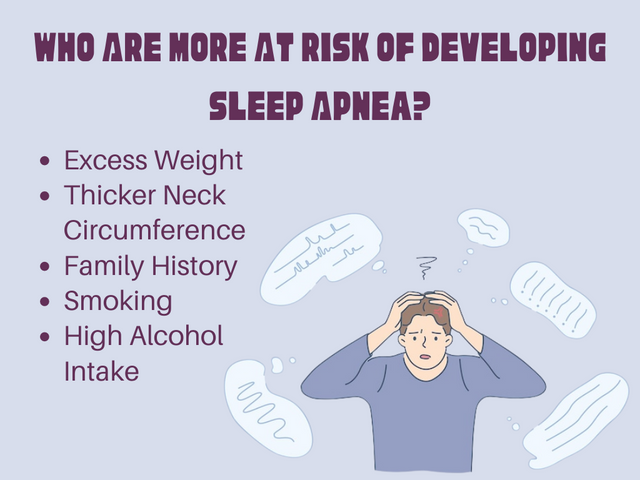 Here are some of the risk factors associated with sleep apnea development.

There is a higher chance you are more at risk if you belong to more than one category. But to confirm whether or not you have sleep apnea, you should see an ENT specialist in Singapore. Remember that there might be more risk factors for sleep apnea than the one mentioned above,

Part IV: How Does An ENT Doctor In Singapore Diagnose Sleep Apnea?

●     Assess If You Take Medication That Affects Your Sleep

●     Ask About Your Recent Travel History

When Is The Right Time To Seek Help For Sleep Apnea?

The right time is now because early detection is more promising than cure since you are likely to get well.

Contact ENT Surgeons at (65) 6235 3886 if you want to see an ENT specialist in Singapore right away and get treated for sleep apnea.

All You Need To Know About Air Hockey Table In Singapore

12 Reasons to Buy an Air Purifier for Your Home

What Are the Things That You Must Do to Loosen Bolts?